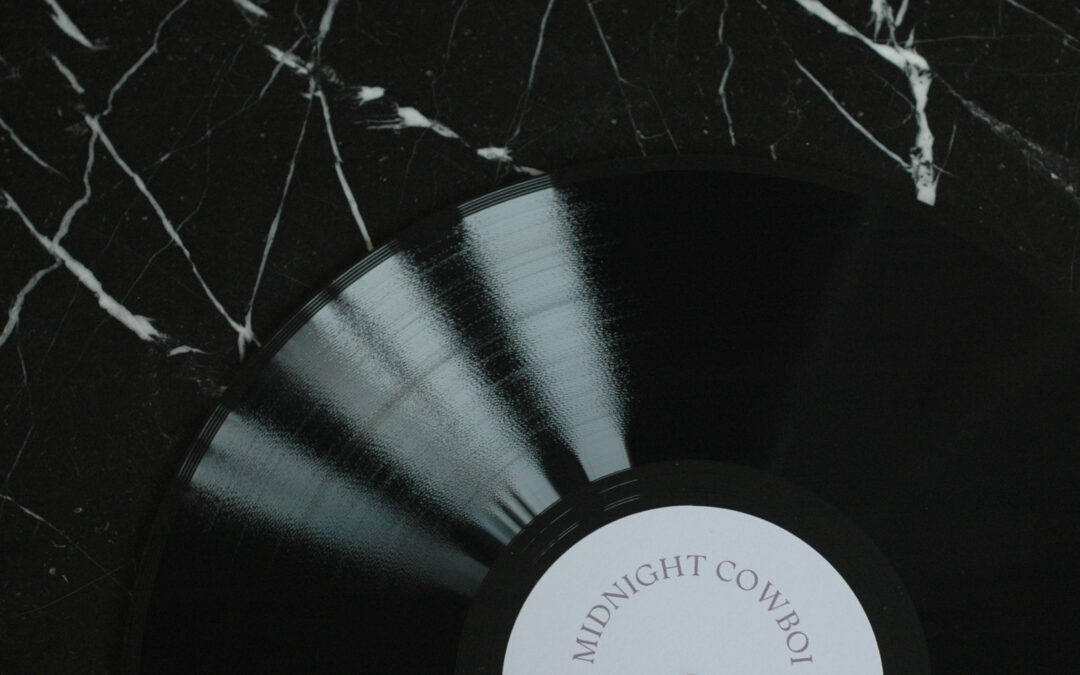 We welcome you to the listening session of Freja Bäckman’s vinyl record Midnight Cowboi* (2022) as part of the exhibition Vuodet, jotka toistavat päivänsä – Years that repeat their days!

The year 2022 marks the thirtieth anniversary of the Kirpilä Art Collection. The exhibition Vuodet, jotka toistavat päivänsä – Years that repeat their days celebrates the triennial jubilee.

Freja’s work developed from the soundtrack of the film Midnight Cowboy (1969), which the artist found amongst Juhani (Jussi) Kirpilä and his partner Karl (Kalle) Rosenqvist’s records. The premiere of the movie was one month before the Stonewall uprising, thus during an important period in the LGBTQ+ liberation movement. The film focuses on a person who adopts the aesthetics of a cowboy when moving to a big city to conquer their dreams. In the USA, the figure of the cowboy has conventionally been understood in relation to national identity and masculinity. However by the late 1960s perceptions were shifting, and the cowboy entity was becoming queered, particularly within white and masculine queer spheres. For the main character of the film, the cowboy costume carries a performative fragility as they try to pass as a heterosexual “stud”. Freja’s interest in working with the film came from the love that is clearly emerging between the two main characters. Yet, it seems as if the film presupposes resistance from the audience through presenting homophobic viewpoints throughout the narrative. Perhaps this was one strategy the director used to distract viewers from feeling certain about the true nature of the relationship. The narrative on the record Midnight Cowboi aims to complicate the notion of gender and queer relationships, and their collective memories.

The sound design of the record was made by Tari Doris.

* The artist wishes to acknowledge their position as a white person using the word ‘boi’. At the time of making the work, they used the word known to them from a queer context. They have since learned the term is reserved for queers of colour, and acknowledge it is not appropriate to use it as a white queer person. The artist and sound designer apologise for their oversight.