Juhani Kirpilä (1931–1988), the only child of a genteel family, became known to his friends and to the public as an adventurous gourmand, a passionate art lover, a seasoned world traveller, an esteemed rheumatologist, an avid reader, a skilful investor, a prolific writer, a keen motorist, and more.

Vilho Valter Juhani Forster was born in Helsinki on 28 September 1931, as the first and only child of Hilja Forster (née Saukkonen), a nurse, and Vilho Forster, a doctor. He became known by his middle name of Juhani, and later his friends and family would also call him Jussi. Juhani’s paternal grandfather, Josef Forster, was a German master brewer who moved to Vyborg (then a part of Finland). The family’s surname was Finnishized to Kirpilä in 1935. The next year, the Kirpilä family moved to Puolanka in northern Finland, where Vilho was appointed municipal doctor. Juhani lived in Puolanka until he completed his school-leaving exams in 1949. 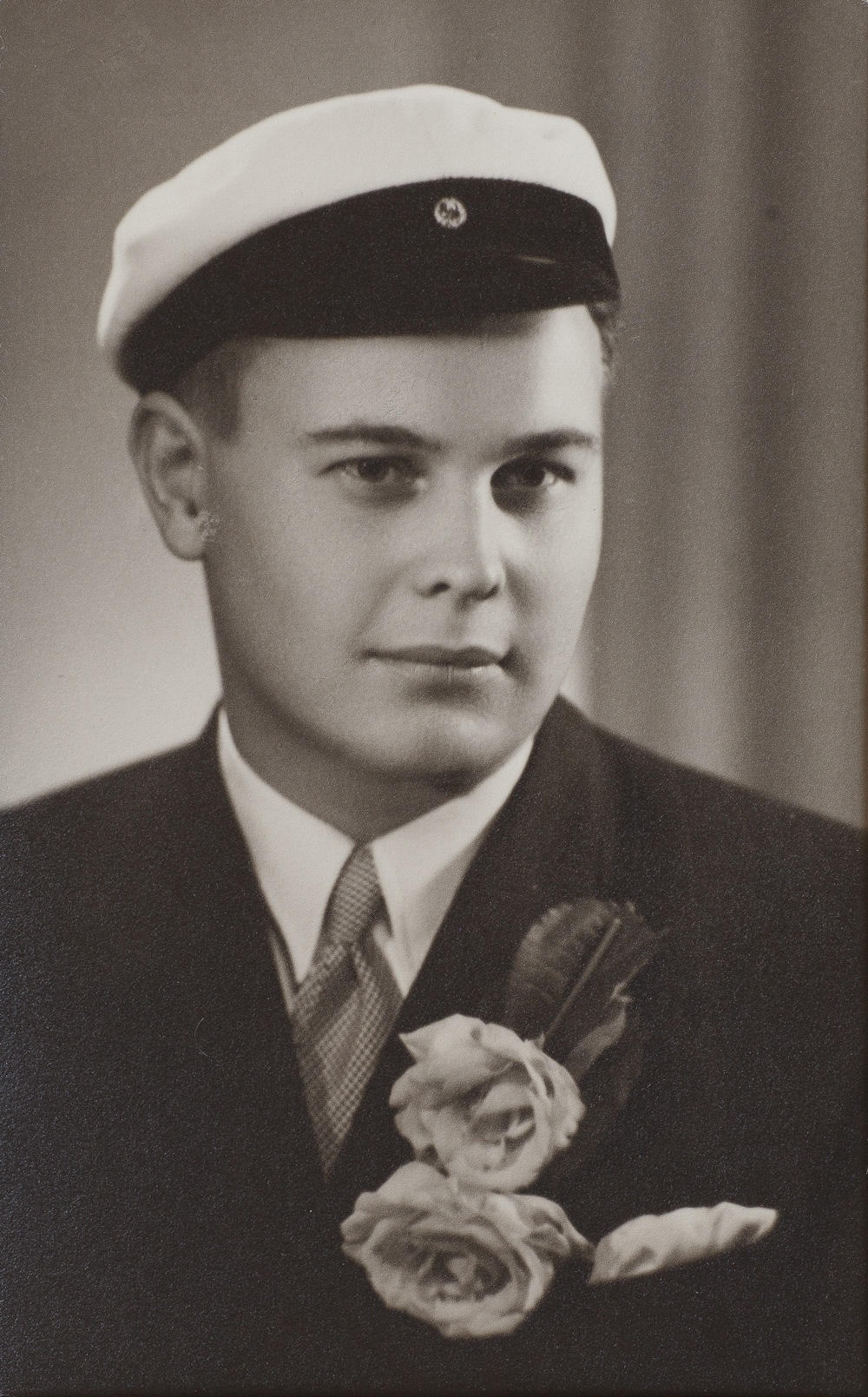 Having moved into student digs on Vänrikki Stoolin katu in Helsinki, Juhani studied medicine at the University of Helsinki between 1949 and 1956. In his own words, he ‘followed in his parents’ footsteps into the hospital world.’ Juhani graduated as a Licentiate in Medicine and became a specialist in internal medicine, particularly rheumatology. His posts included those of assistant physician at Kivelä Hospital, representative and doctor for the Finnish Rheumatism Association, medical consultant for Aurinko- ja Terveysmatkat, occupational health doctor and lecturer. He also ran a private practice on Läntinen Brahenkatu in the district of Alppiharju, Helsinki.

Juhani was known as an avid traveller with a particular love of Greece. His other favourites included Cyprus, France, Sweden, the Canary Islands, Thailand and Caribbean cruises. He told lively stories of his travels and local culinary experiences in a series of columns entitled ‘Ohimennen’ (‘In Passing’) for the magazine Kauneus ja terveys, of which he wrote around 300 between 1962 and 1988. His readers learned to know him as a ‘gourmet traveller’ whose columns took a somewhat conservative, frequently humorous, yet acerbic stance on issues in society. 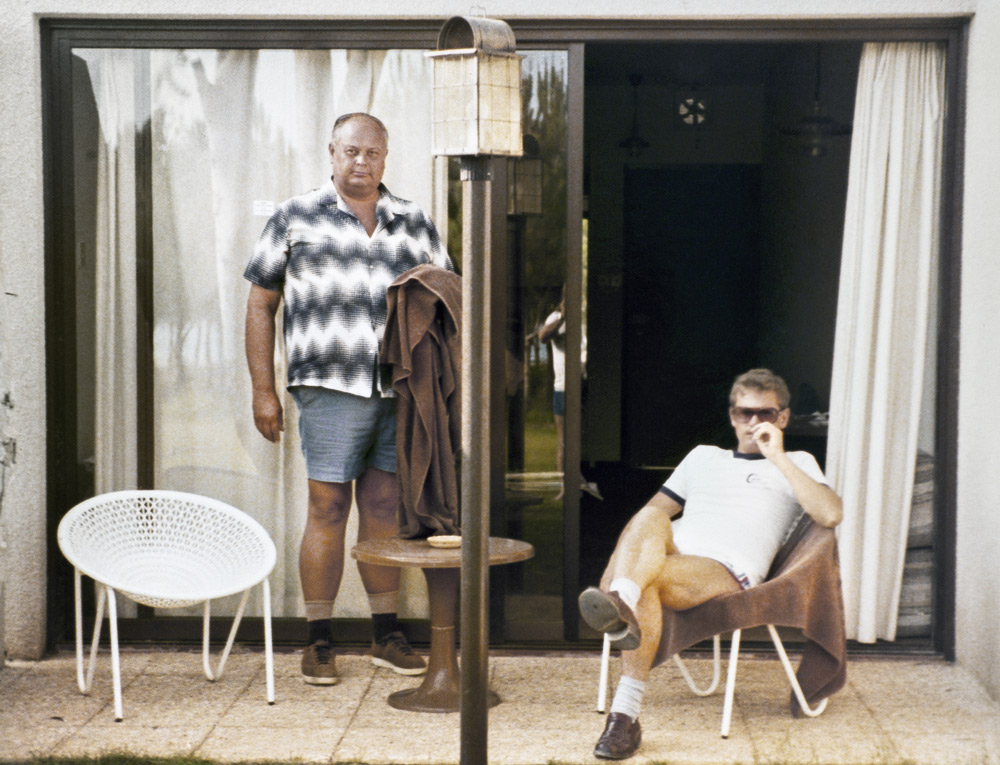 Juhani first met his future partner, a student from Turku named Karl (‘Kalle’) Rosenqvist at a party at his own house in Kaivopuisto in 1965. Their first shared home was a semi-detached house in Westend, Espoo, to which Juhani had moved from Helsinki in 1967. Juhani’s continuously amassing art collection outgrew that house already after two years, and he and Kalle, who worked in art transports, moved into a 250-square-metre apartment in Ullanlinna, Helsinki. They stayed together up until Juhani’s death. 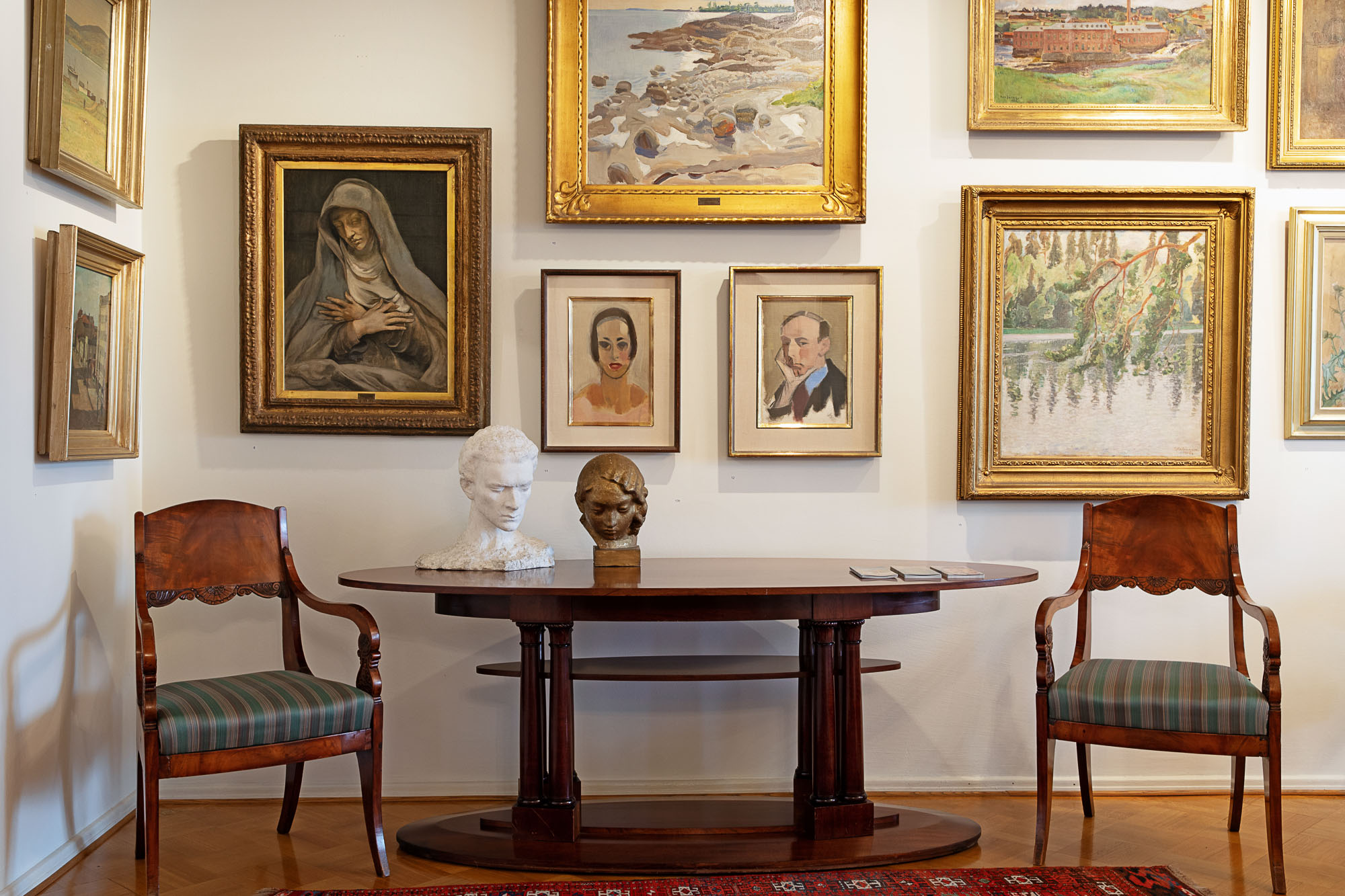 The leading principle behind Juhani’s art collecting activity was crystallised in his statement that ‘the artworks are like beloved children to me.’ He could spend hours standing and contemplating his art. Juhani had inherited a collection of a few dozen works from his parents in 1959. Among those he was particularly fond of pieces by Pekka Halonen, which he continued to collect all the way up until the 1980s. Juhani’s special objects of interest form a connecting thread that runs through the collection. Among the multitude of works, there is a particular emphasis on portraits, landscapes, oil painting, figurative art, expressionism, colour and the years 1900–1950.

Juhani made most of his purchases from galleries, auctions and exhibitions. There were a few artists from who he bought works directly, including Kain Tapper, Ahti Lavonen and Ilmari Nylund. Juhani loved to motor around Finland in summer, visiting exhibitions with Kalle and his friends. Places he frequented, and often bought art from, included Suvi-Pinx in Sysmä, Retretti in Punkaharju, Purnu in Orivesi and Kaunissaari in Pyhtää. The purchases were made possible by a significant fortune derived from his inheritance, his investments and his income as a doctor. 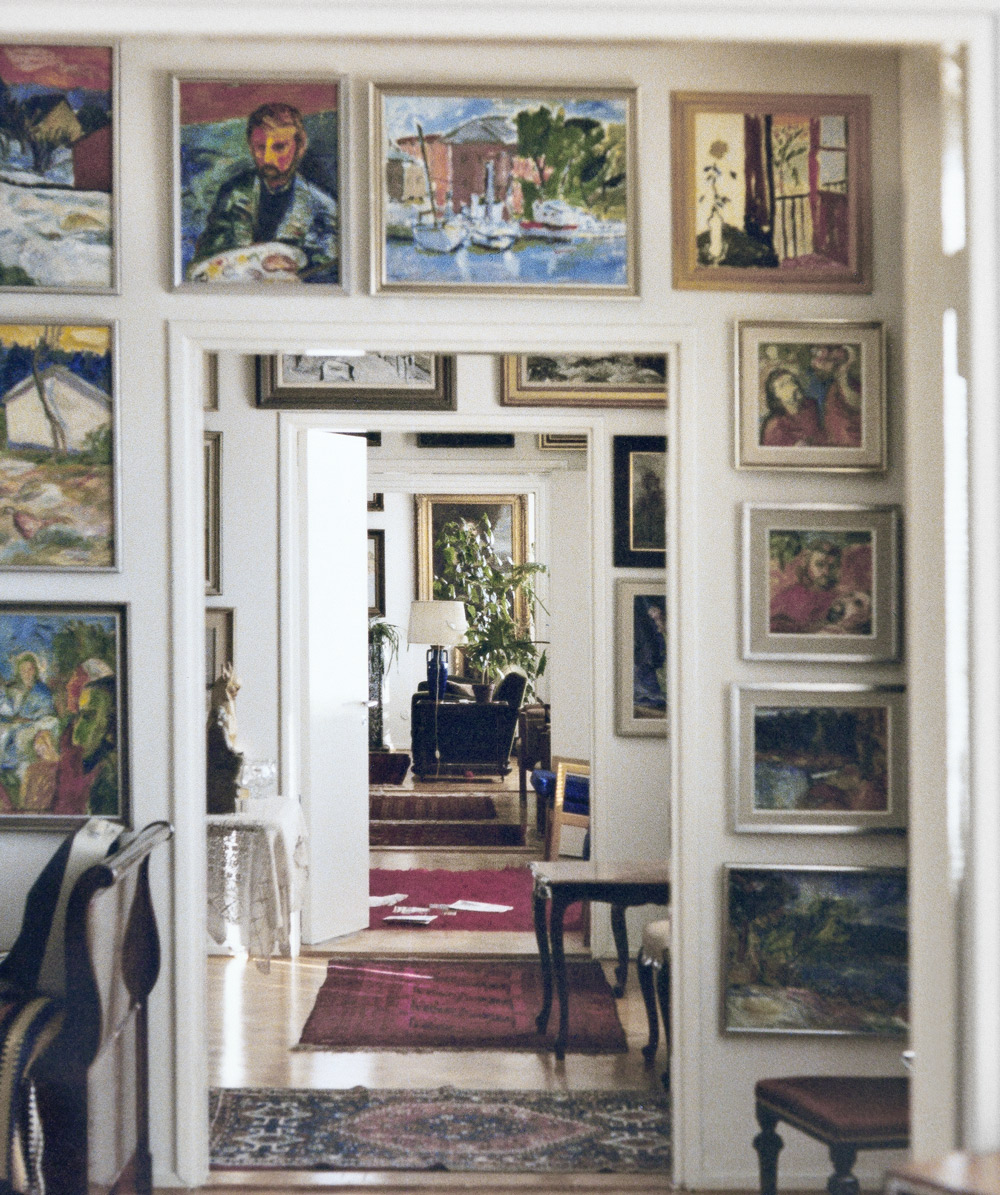 Juhani and Kalle moved to a 350-square-metre apartment at no. 7 Pohjoinen Hesperiankatu in the Helsinki district of Töölö, in December 1979. This final home of Juhani’s offered enough space for the continually growing collection, even though the new square footage fuelled his collecting to a near-manic level in the 1980s. The apartment, situated in the ‘Doctors’ House’ originally built by the pharmaceutical company Medica, played host to the unforgettable Chestnut Flower Parties that Juhani and Kalle would throw for their friends at the time of the blossoming of the horse chestnuts on Hesperiankatu each June. Juhani died in his sleep during a siesta on 3 August 1988, worn down by the strain caused by heart disease and other health issues.