The 1920s in the Kirpilä Art Collection

The Kirpilä Art Collection comprises mostly Finnish art from the first half of the twentieth century. There is a particular focus on paintings from the interwar period, and especially the 1920s.

FOR MORE INFORMATION, PLEASE HOVER OVER  UNDERLINED TEXT HERE AND ON THE ARTWORK PAGES

Juhani Kirpilä, who enjoyed a strong use of colour, bought many works by artists in the November Group (1917–1924).

Similarly, there are multiple works from another major early-twentieth-century artists’ grouping in Finland, the , Septem Group (1912–1917). Both groups imported modernist styles and influences from Germany and France.

Both groups were modern and innovative. Septem became known for the artists’ use of soft and pure colours and a decorative style. The November Group, on the other hand, represented a rawer style and a darker palette, influenced by cubism and German expressionism.

That the two groups were able to present these aesthetic and stylistic novelties to the nation was thanks to significant alterations that had taken place in the Finnish art scene in the 1910s: taidekoulutuksen demokratisoituminen, poliittinen itsenäisyys ja taloudellinen tilanne.

Modern classicism became the leading movement all over Europe in the 1920s, and it was correspondingly adopted in Finland. Despite returning to a more material reality and more tranquil compositions, this aesthetic movement never turned its back on the innovations and experiments of the avantgarde. In modern classicism, the artists’ personal views and feelings still took centre stage, but the tangible world was more objectively portrayed.

The 1920s paintings that are on display from the Kirpilä Collection come from artists who – in one way or another – lived through this aesthetic and social shift.

The objective of the exhibition is to present a selection of works from the Kirpilä Collection. Despite showing several styles and movements from the 1920s, both more and less innovative, the exhibition does not aim to provide an exhaustive overview of Finnish art in that decade.

Two distinct generations are represented – an older generation who were still able to move with the times in terms of style and output, and a younger one who had been involved in accelerating the modernisation of Finnish art or had studied during the modernist period. Urban views and portraits stand out particularly as genres here, as in the Collection as a whole. 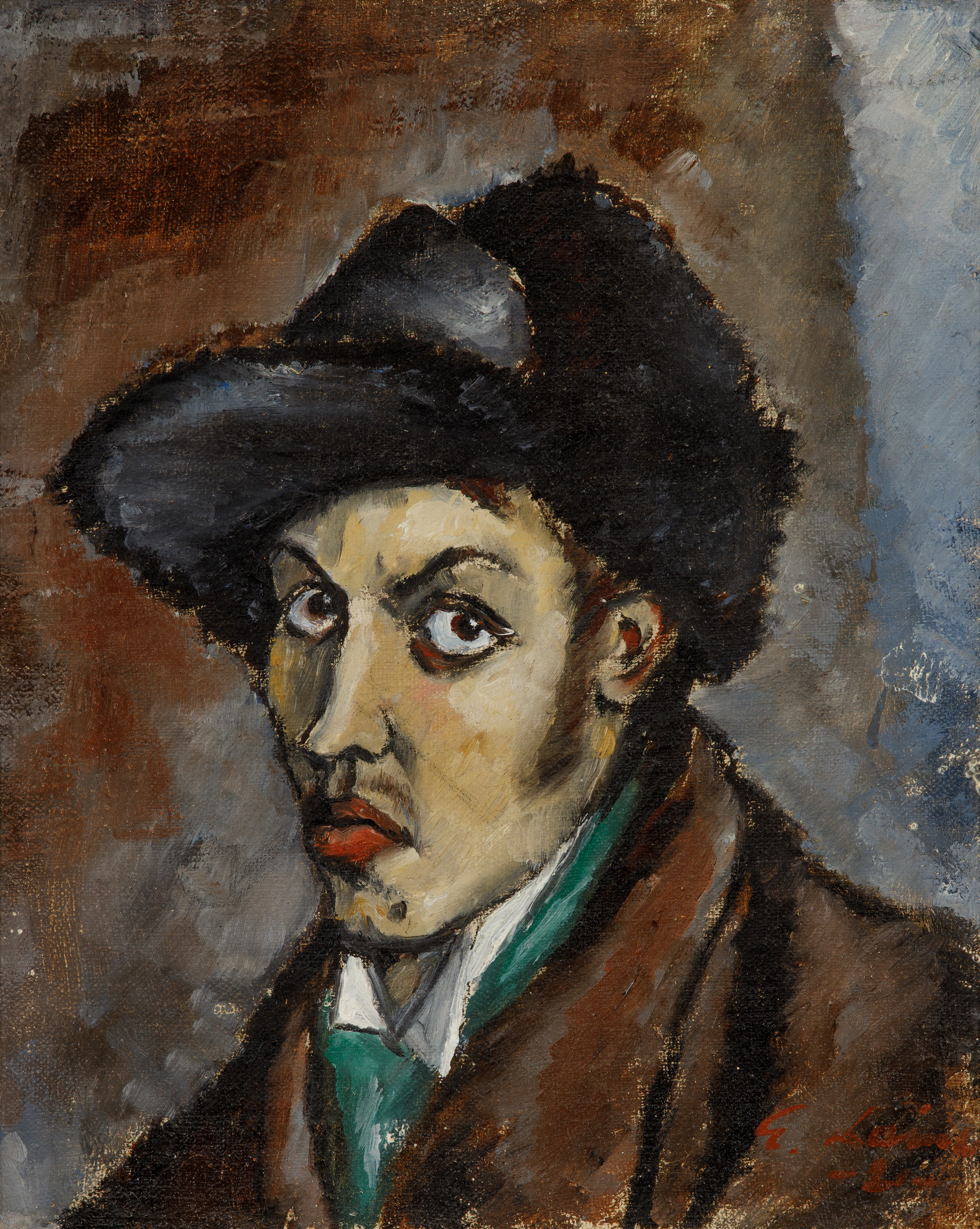 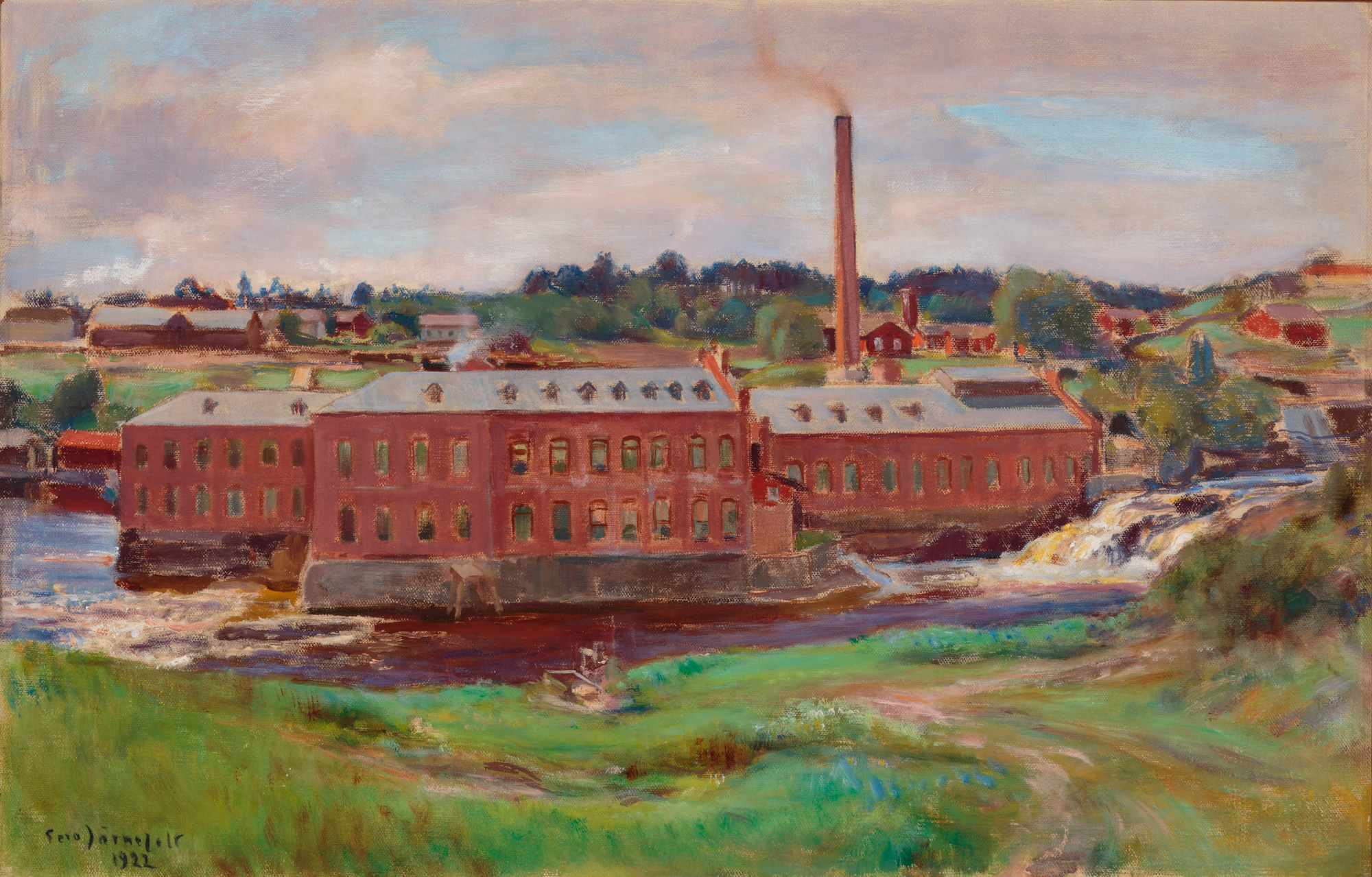 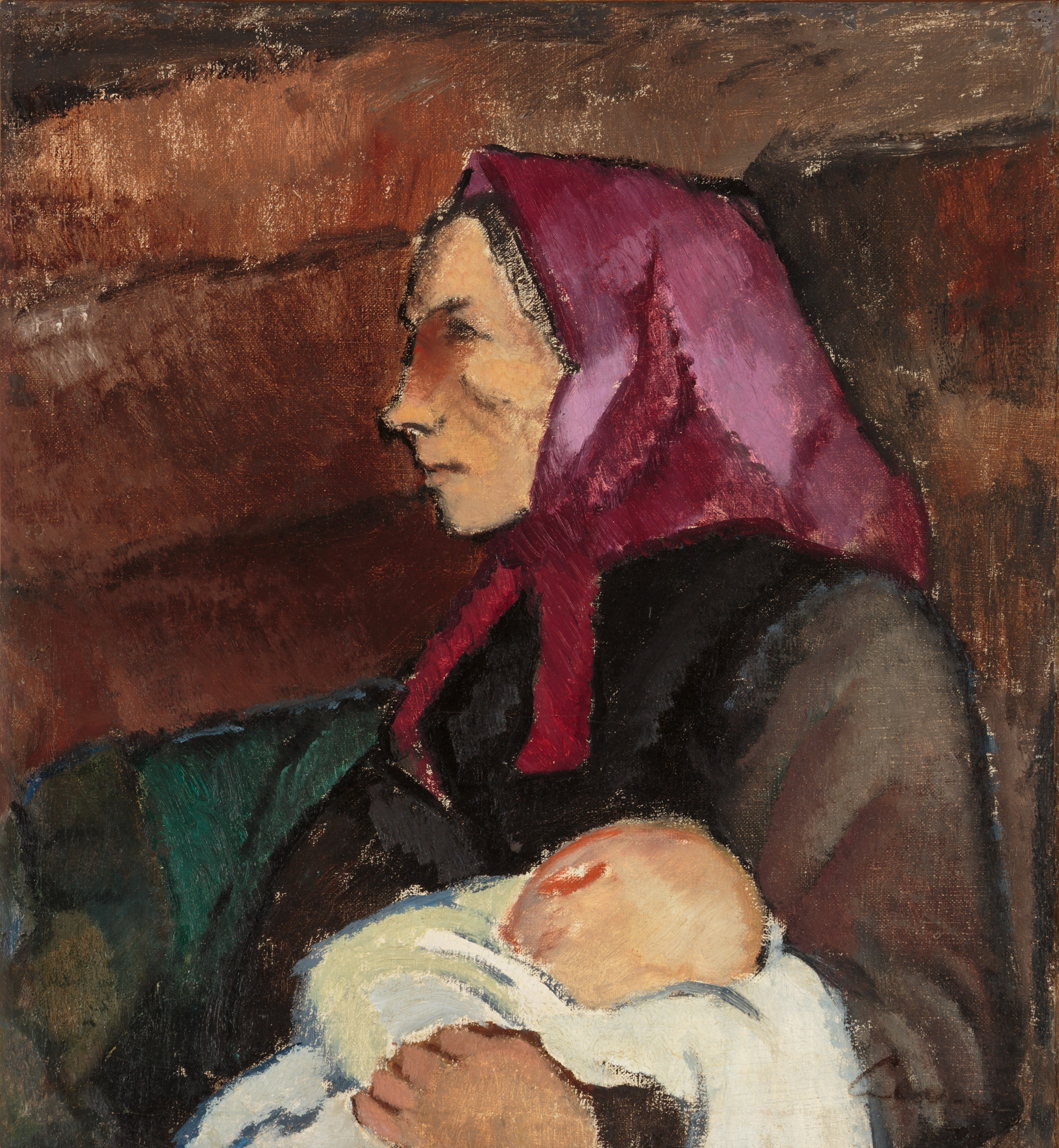 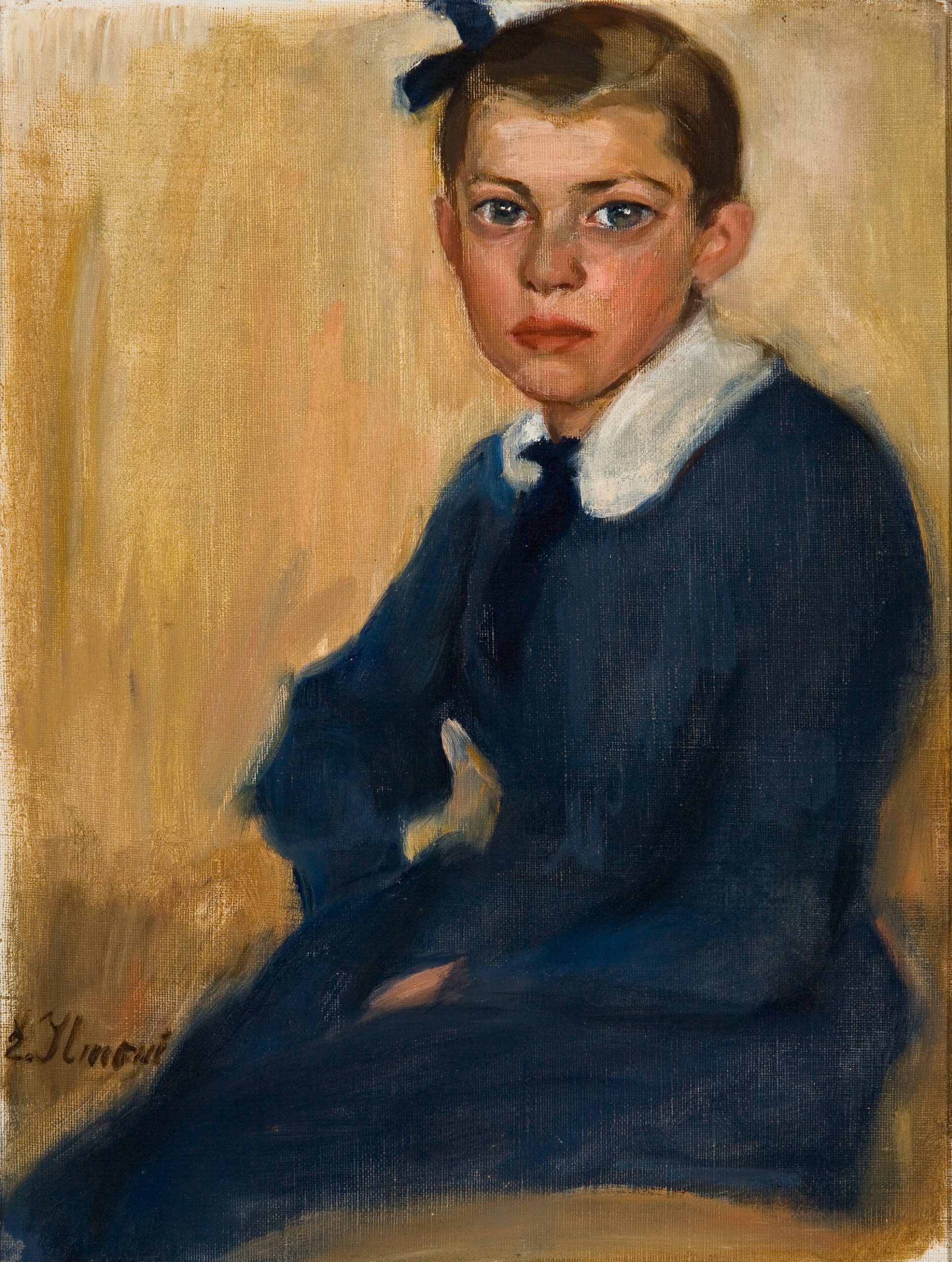 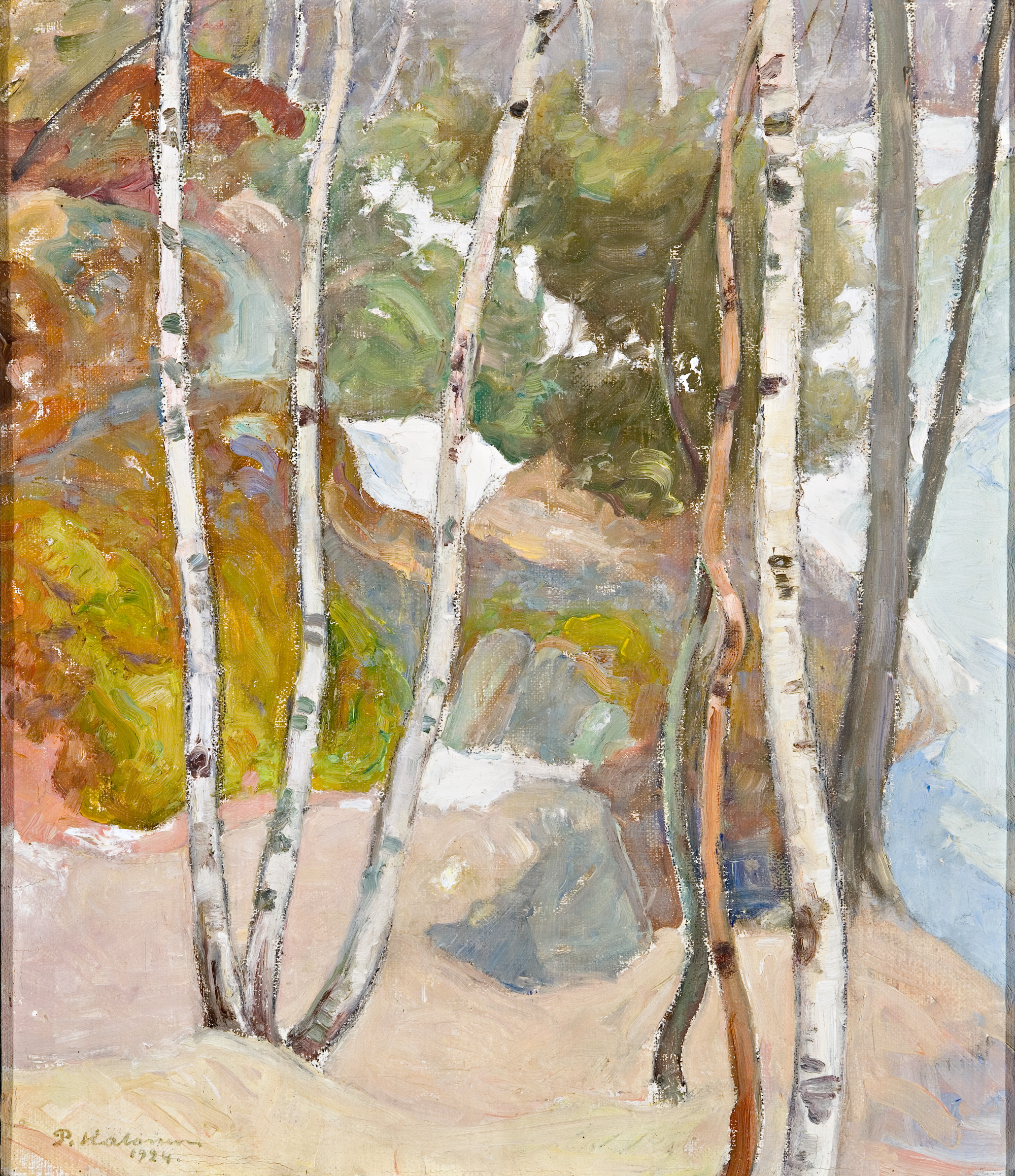 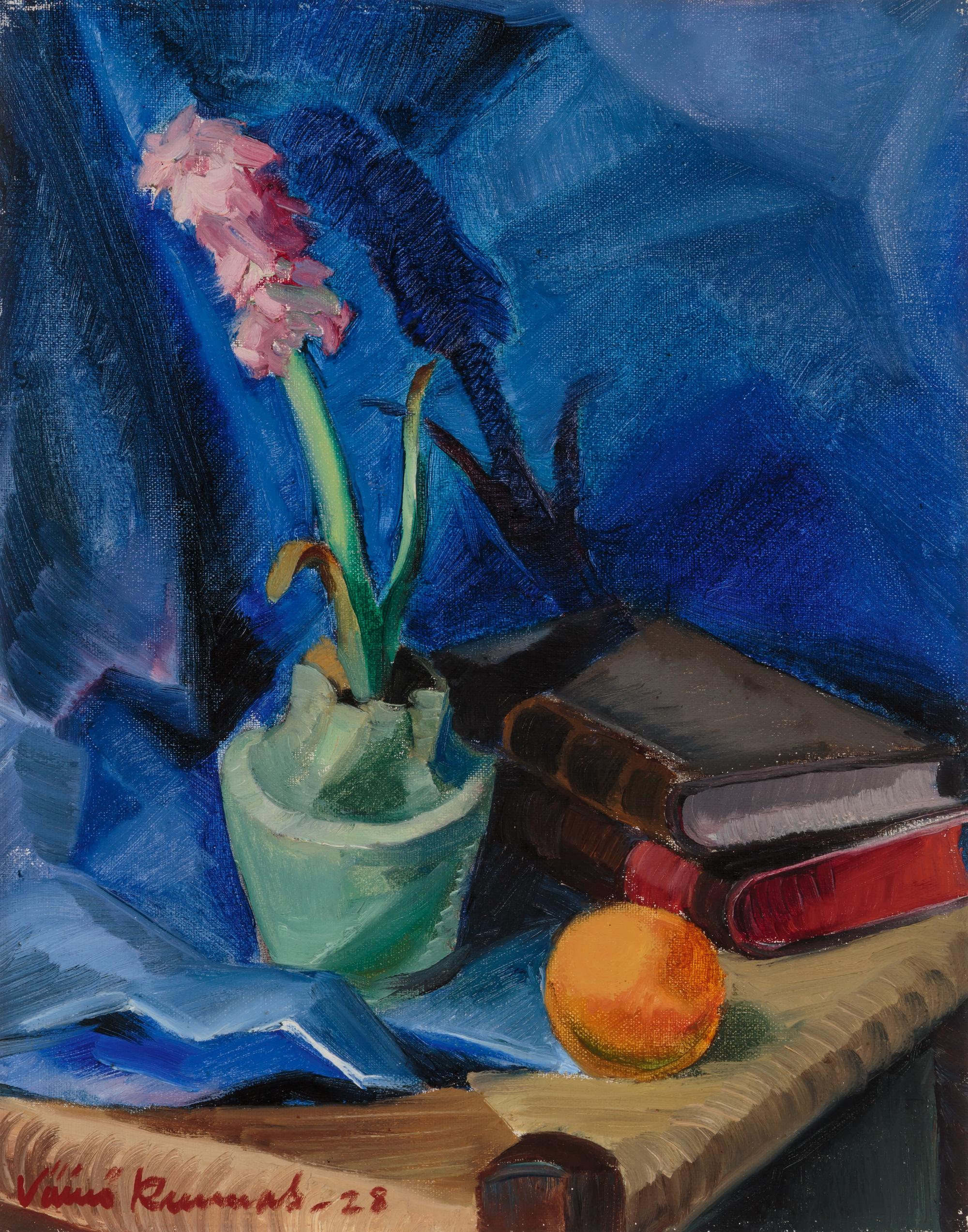 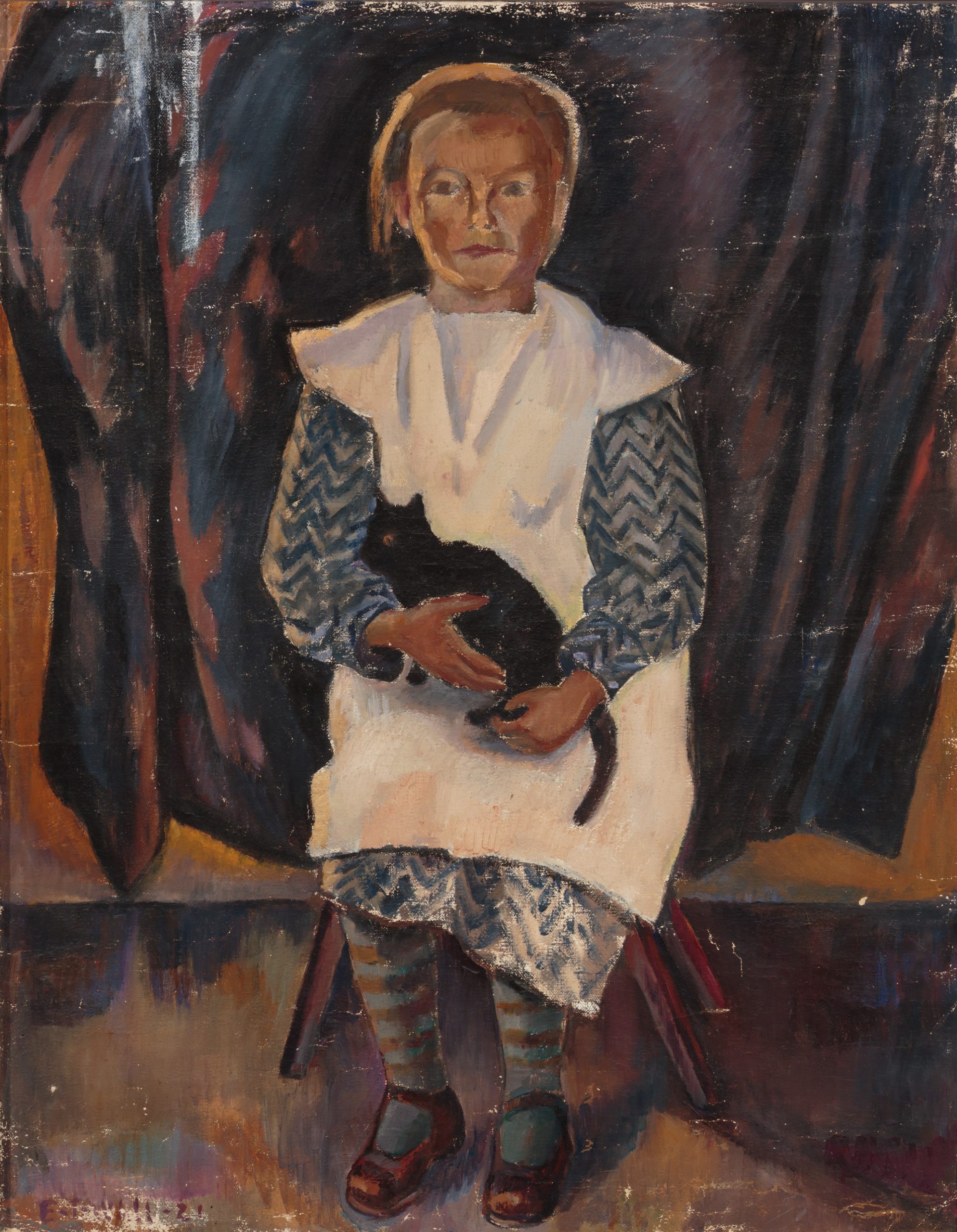 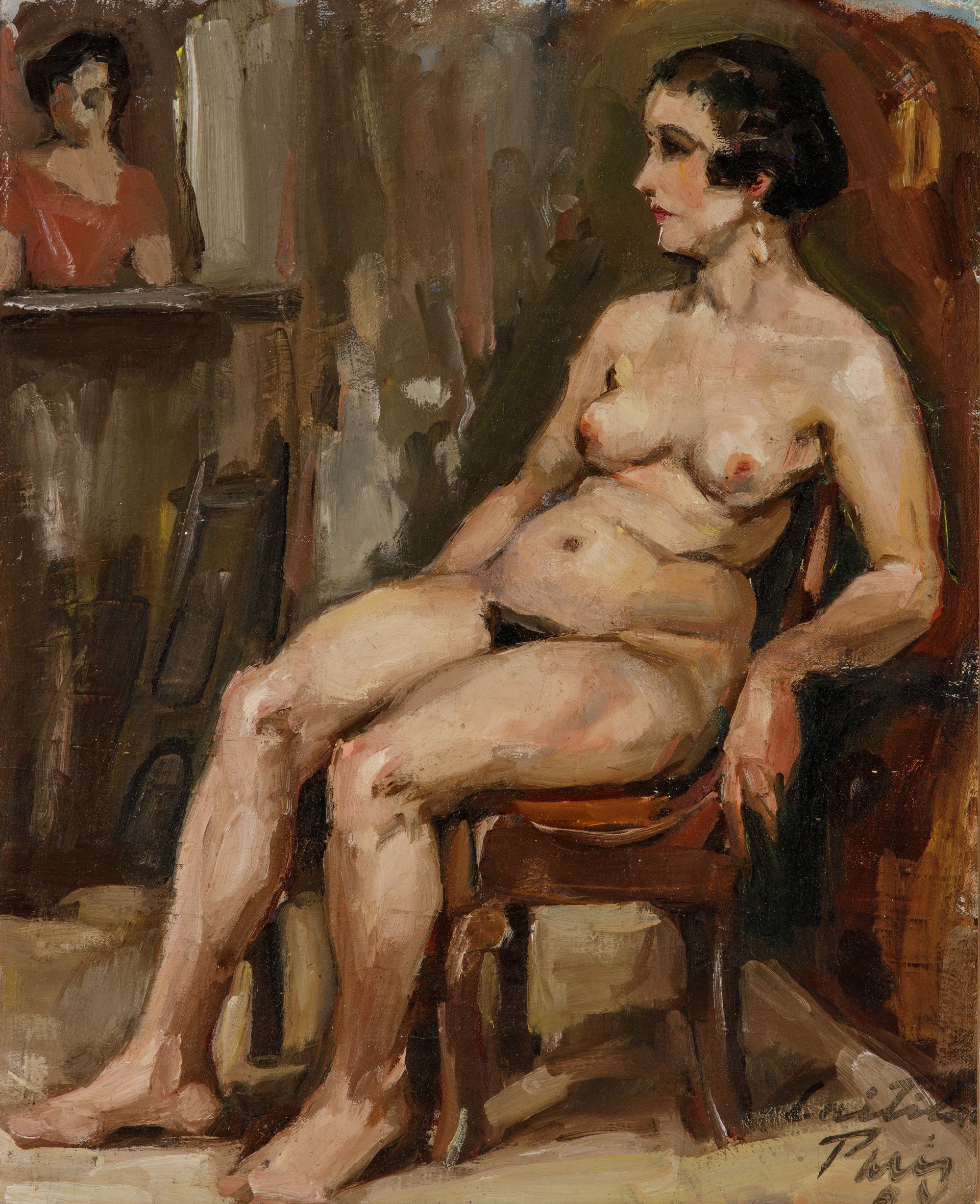 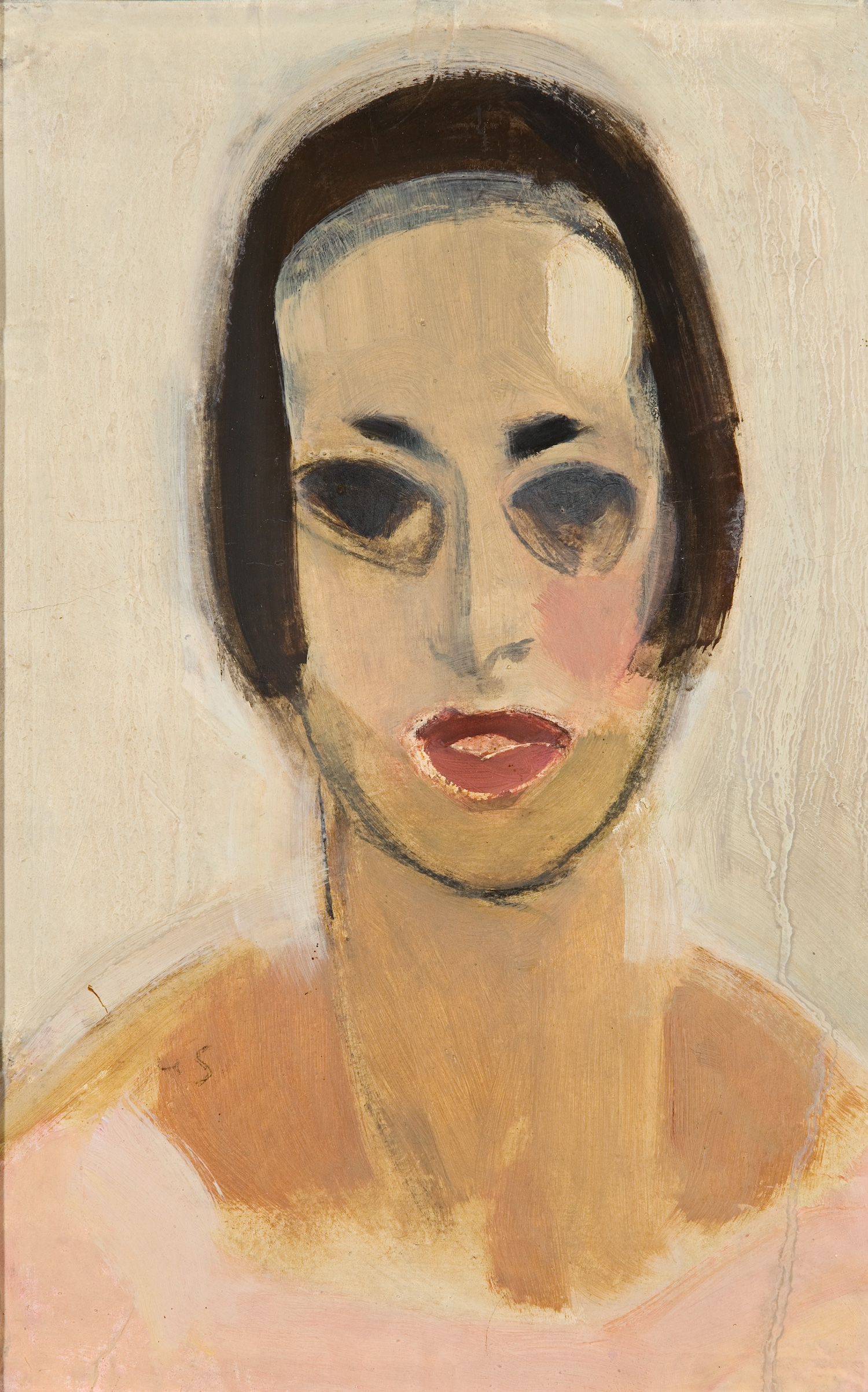 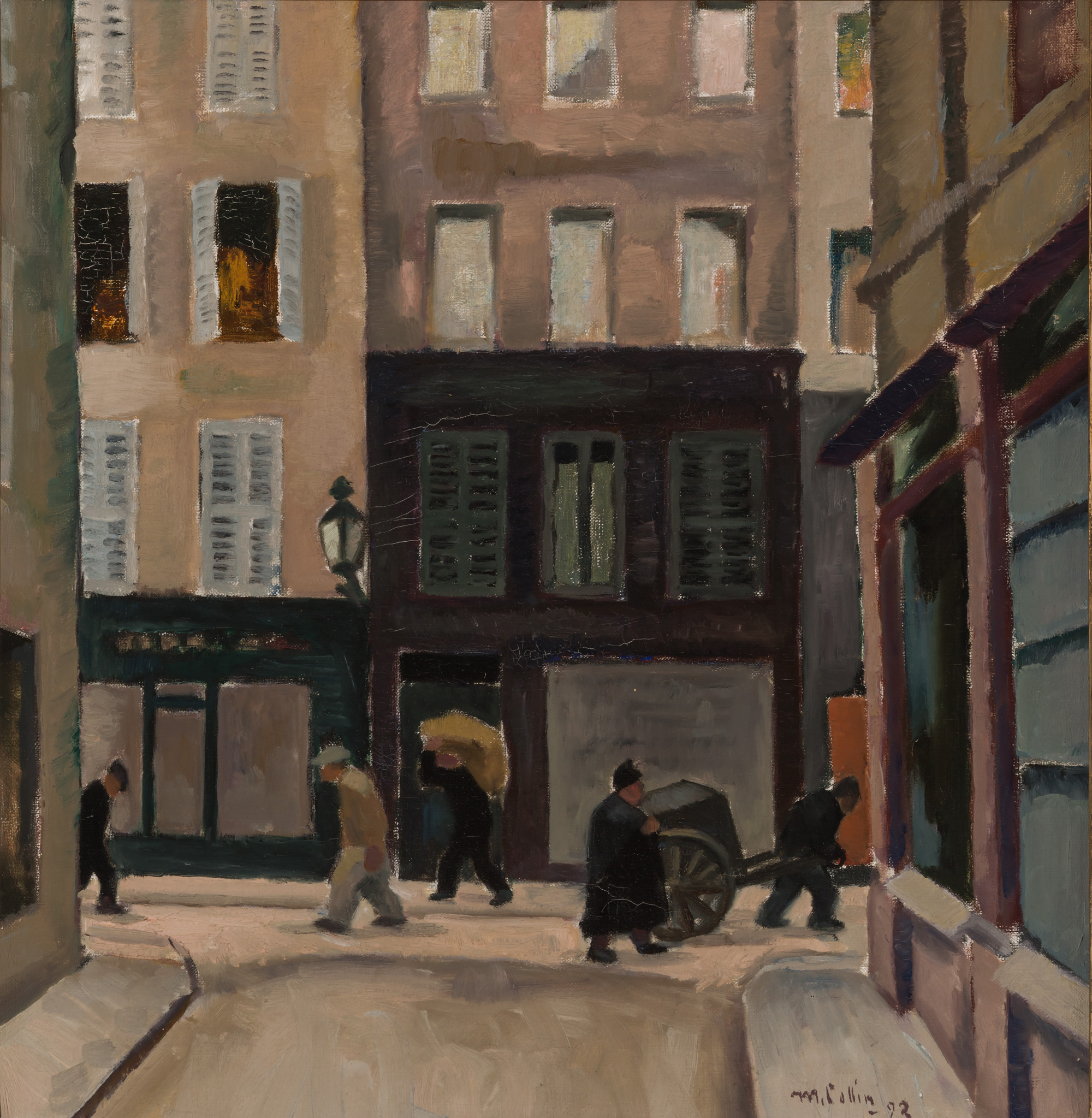 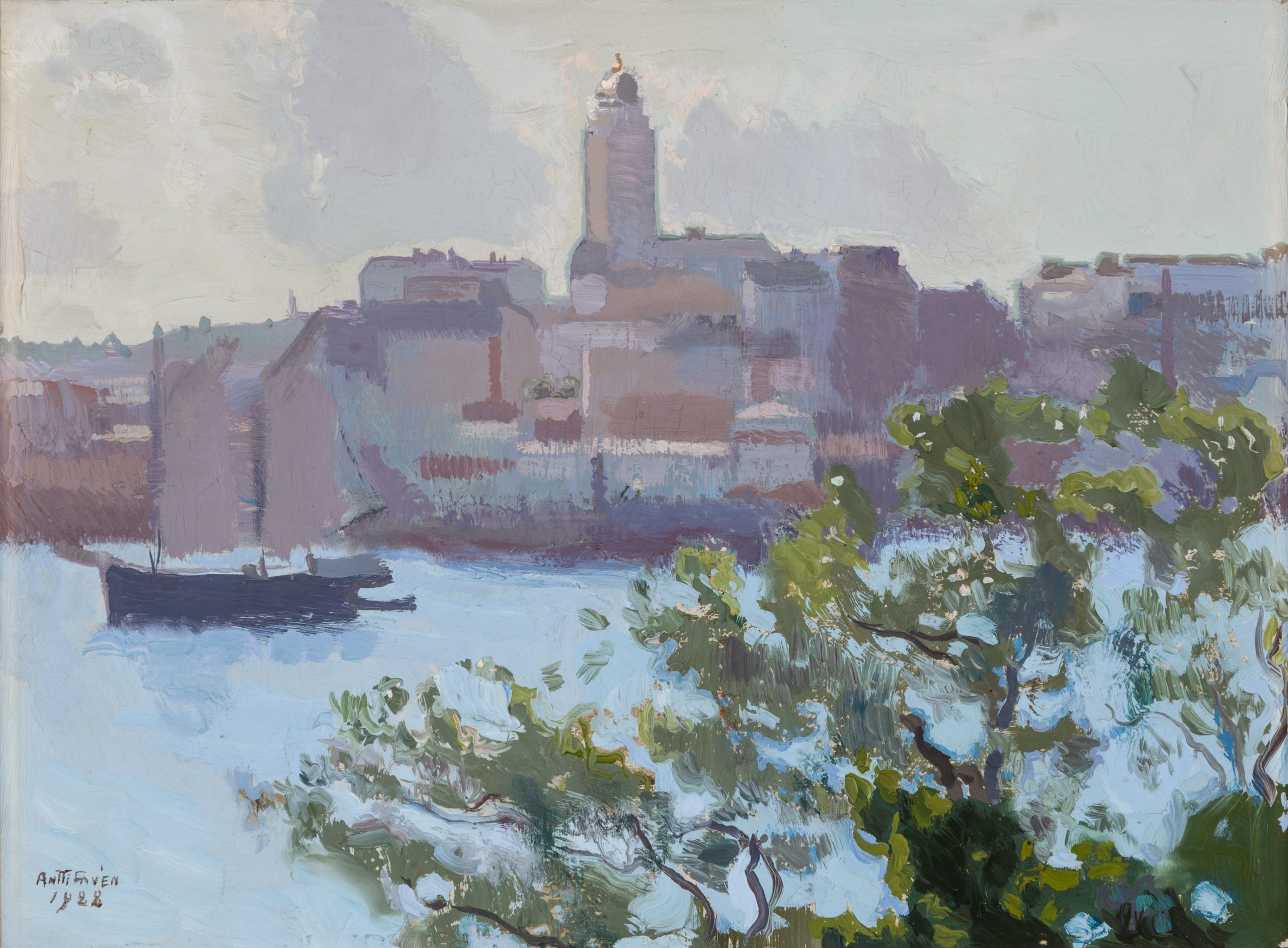 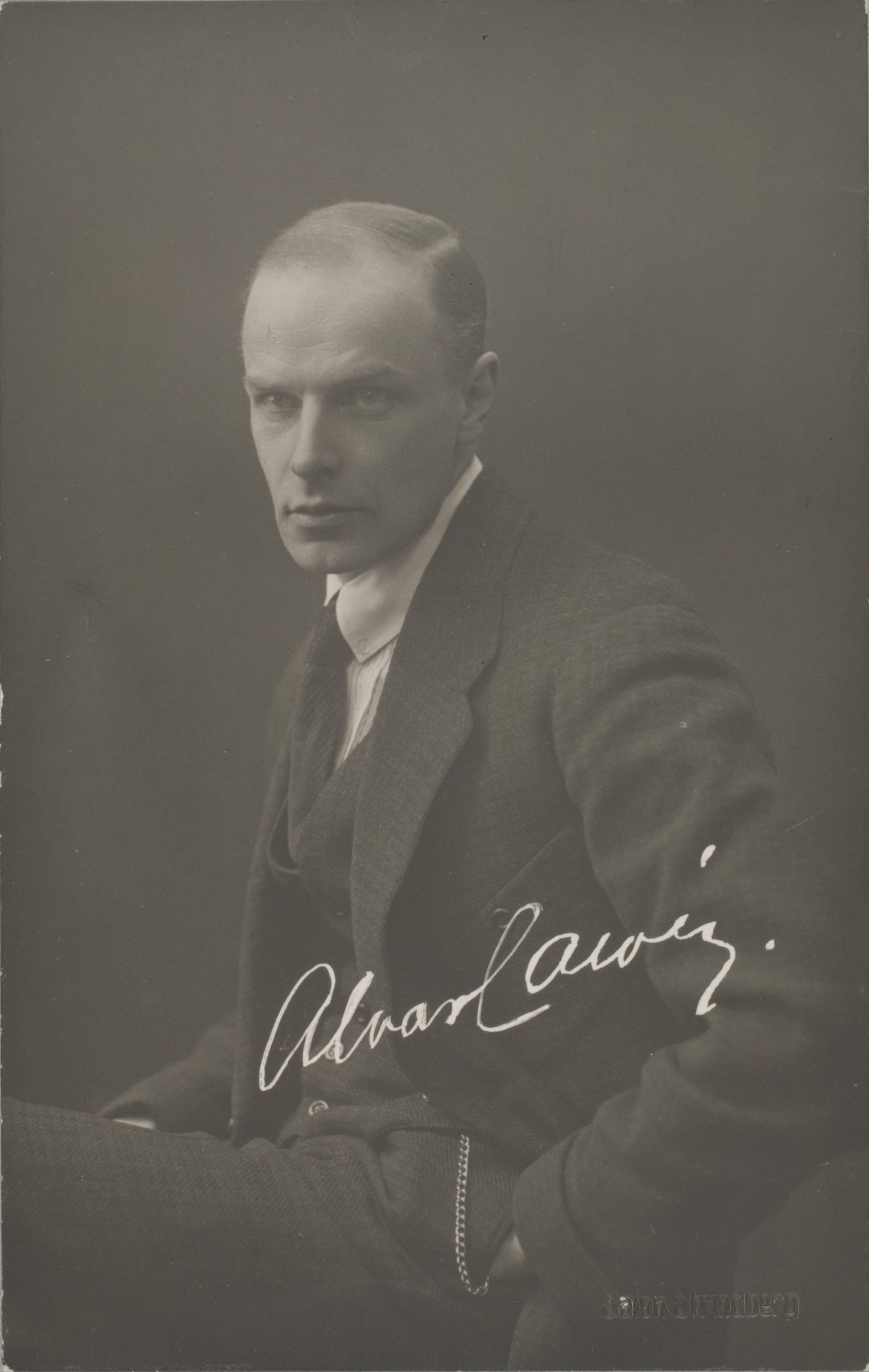 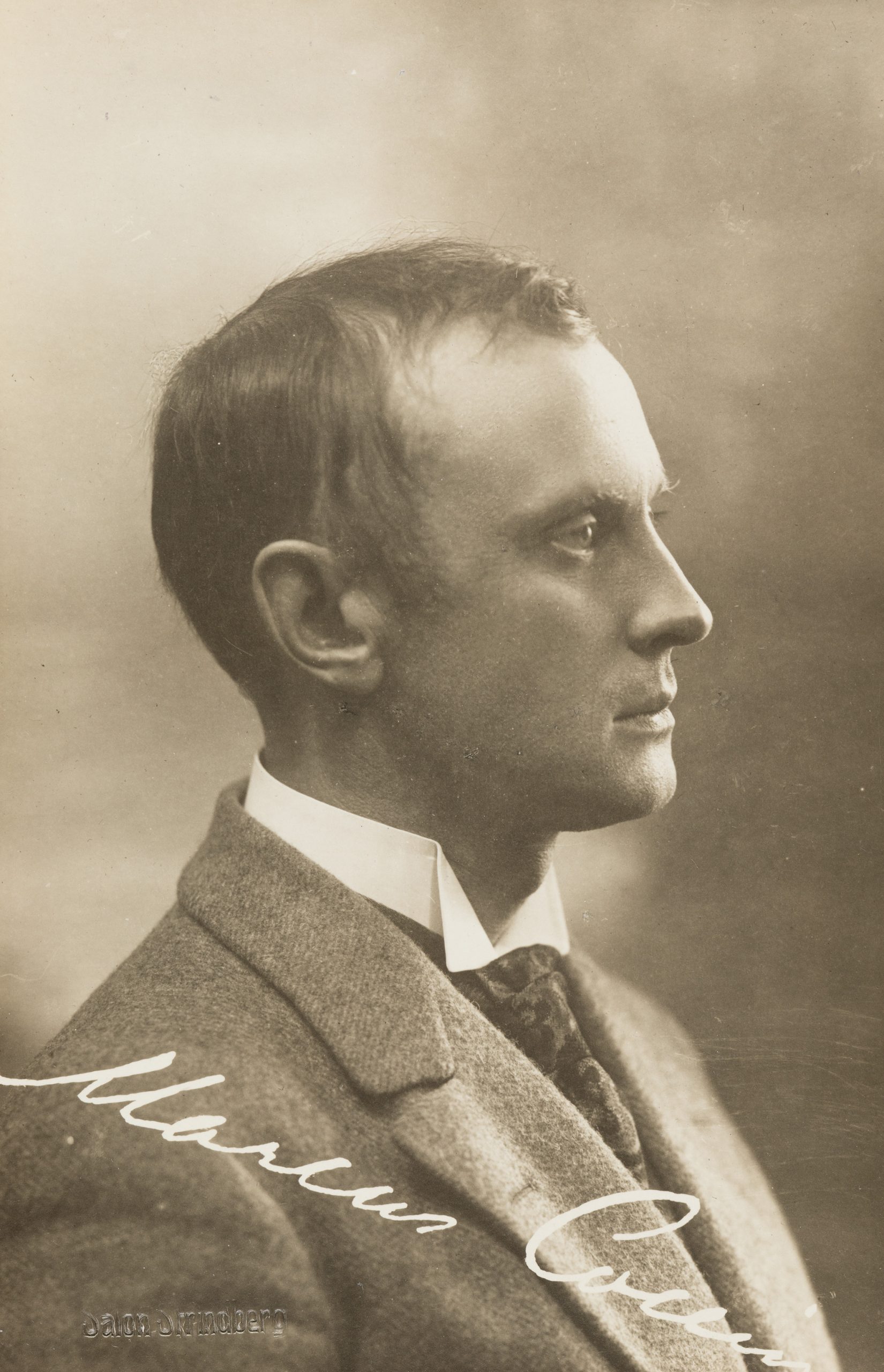 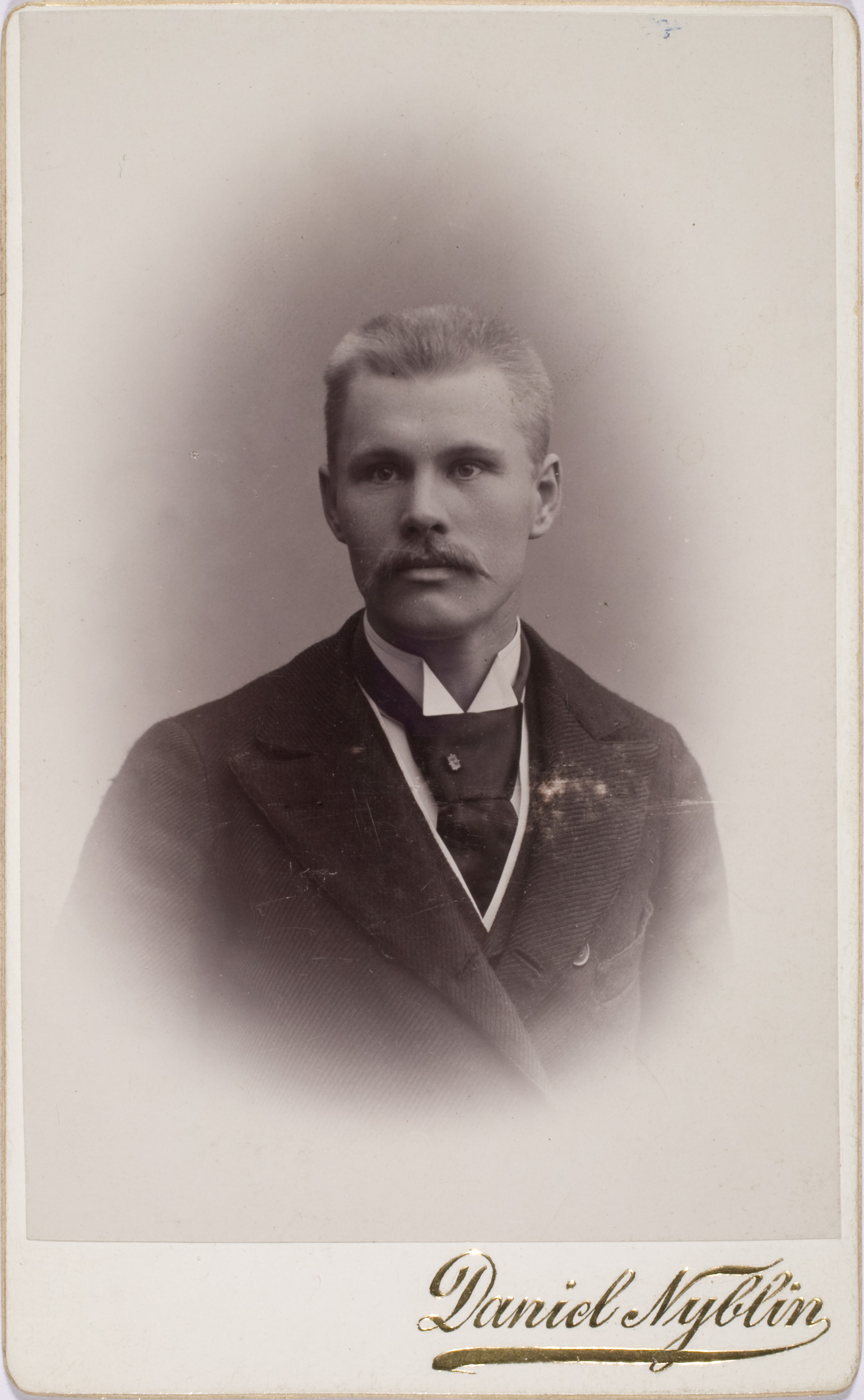 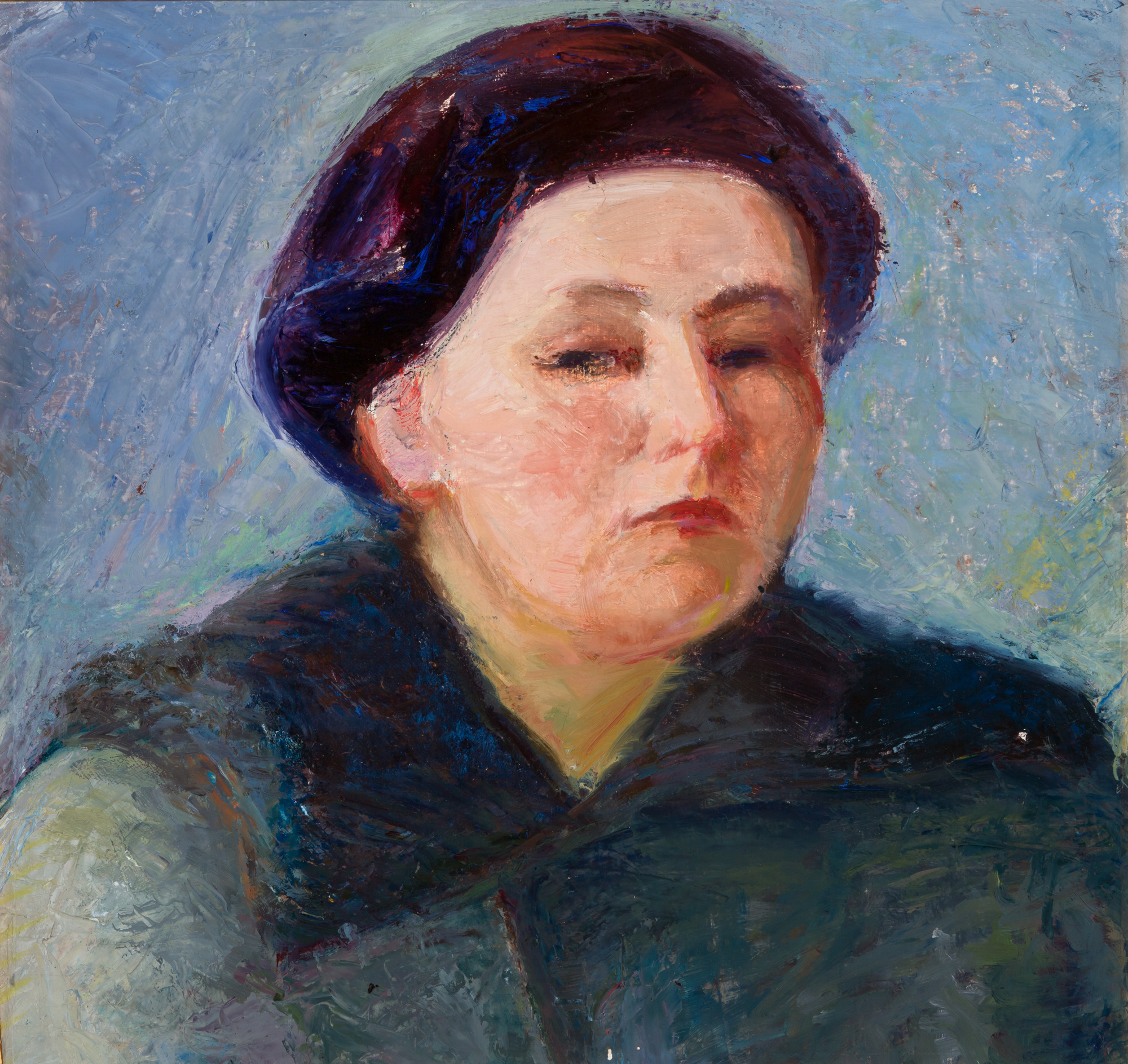 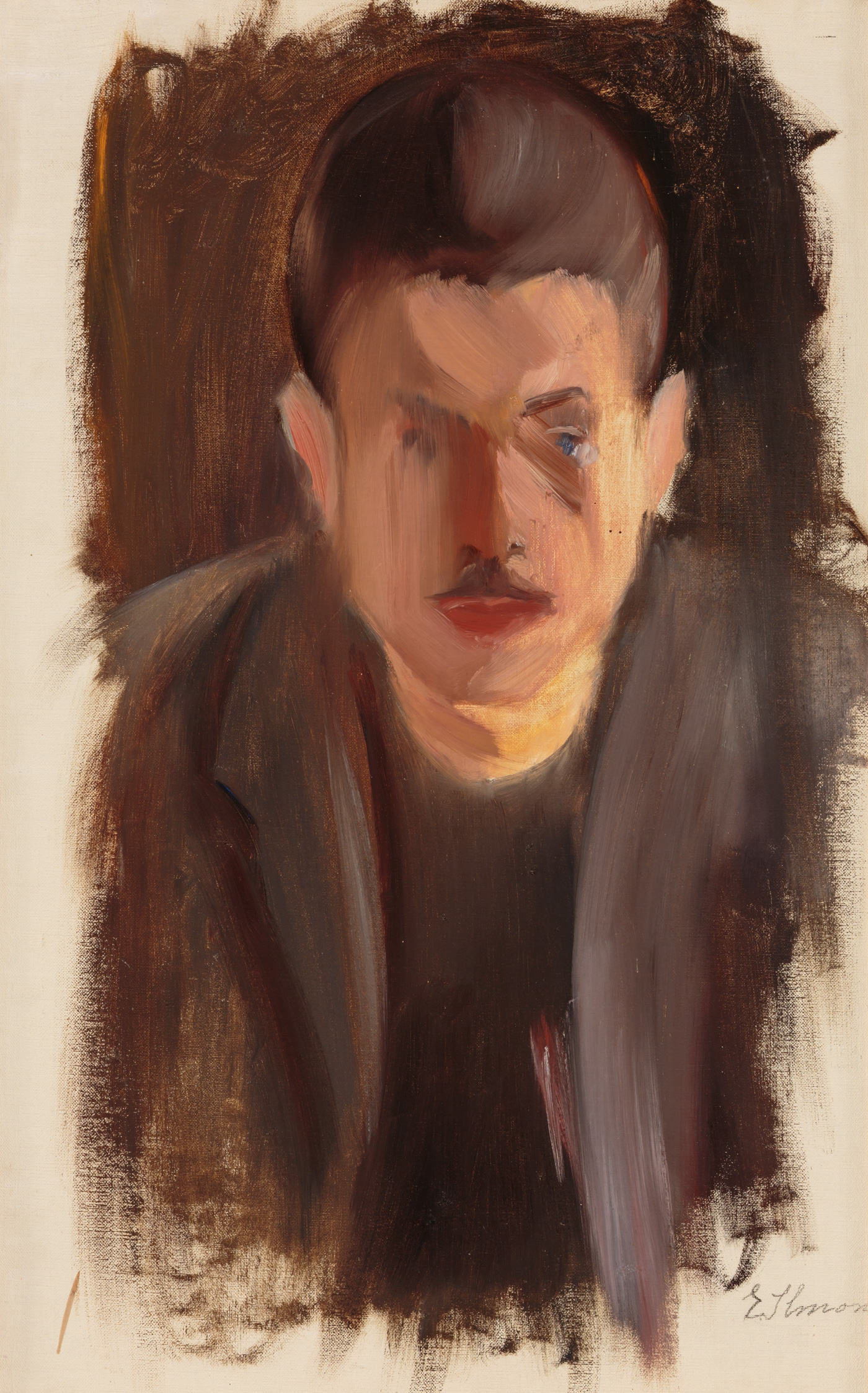 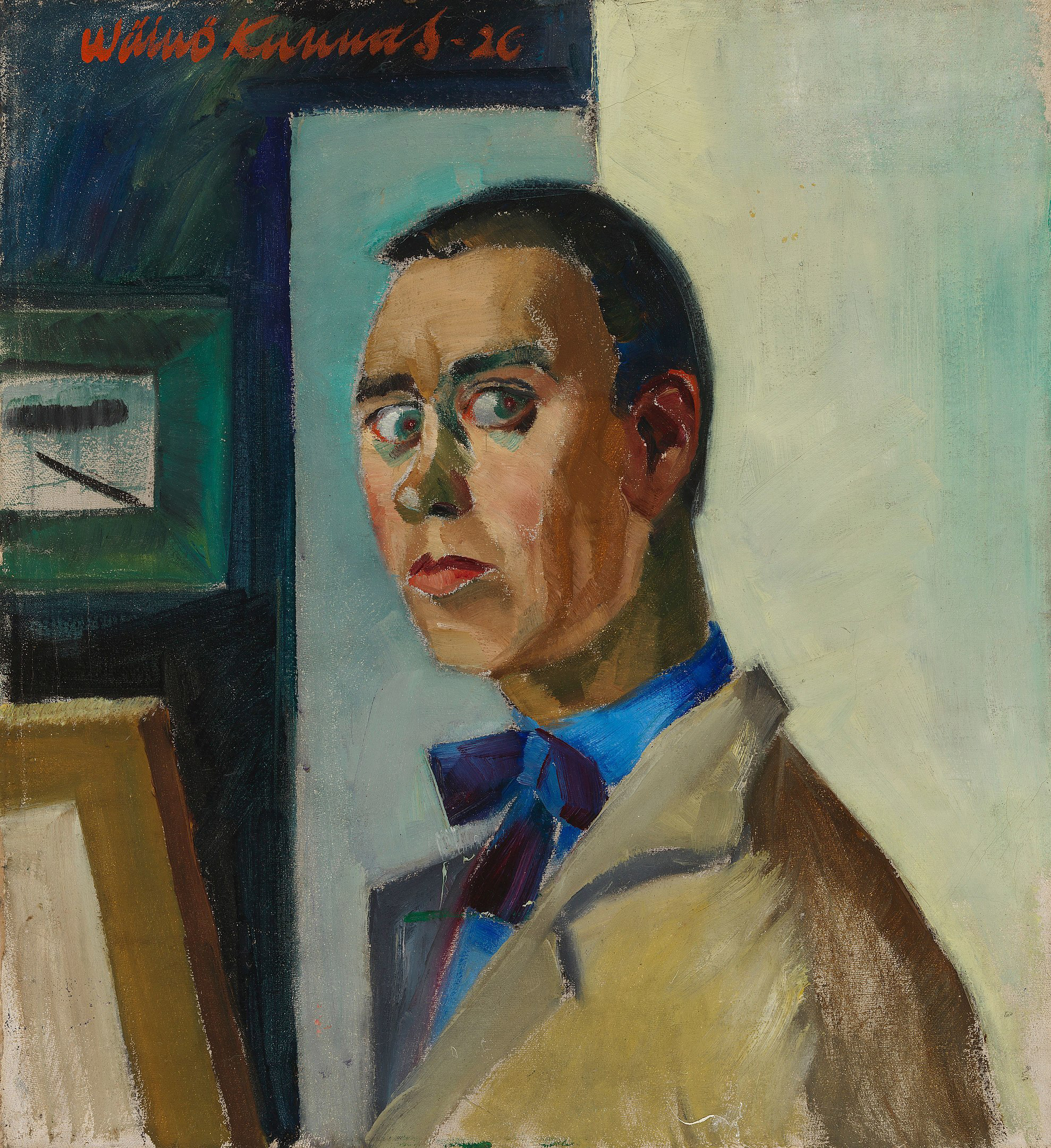 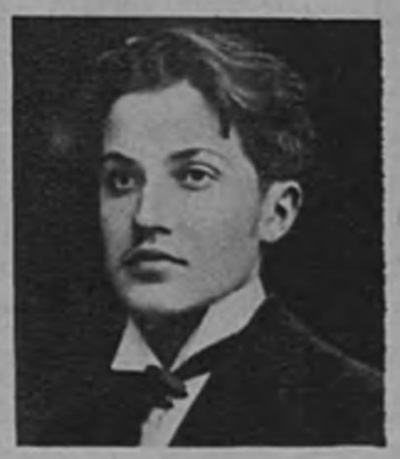 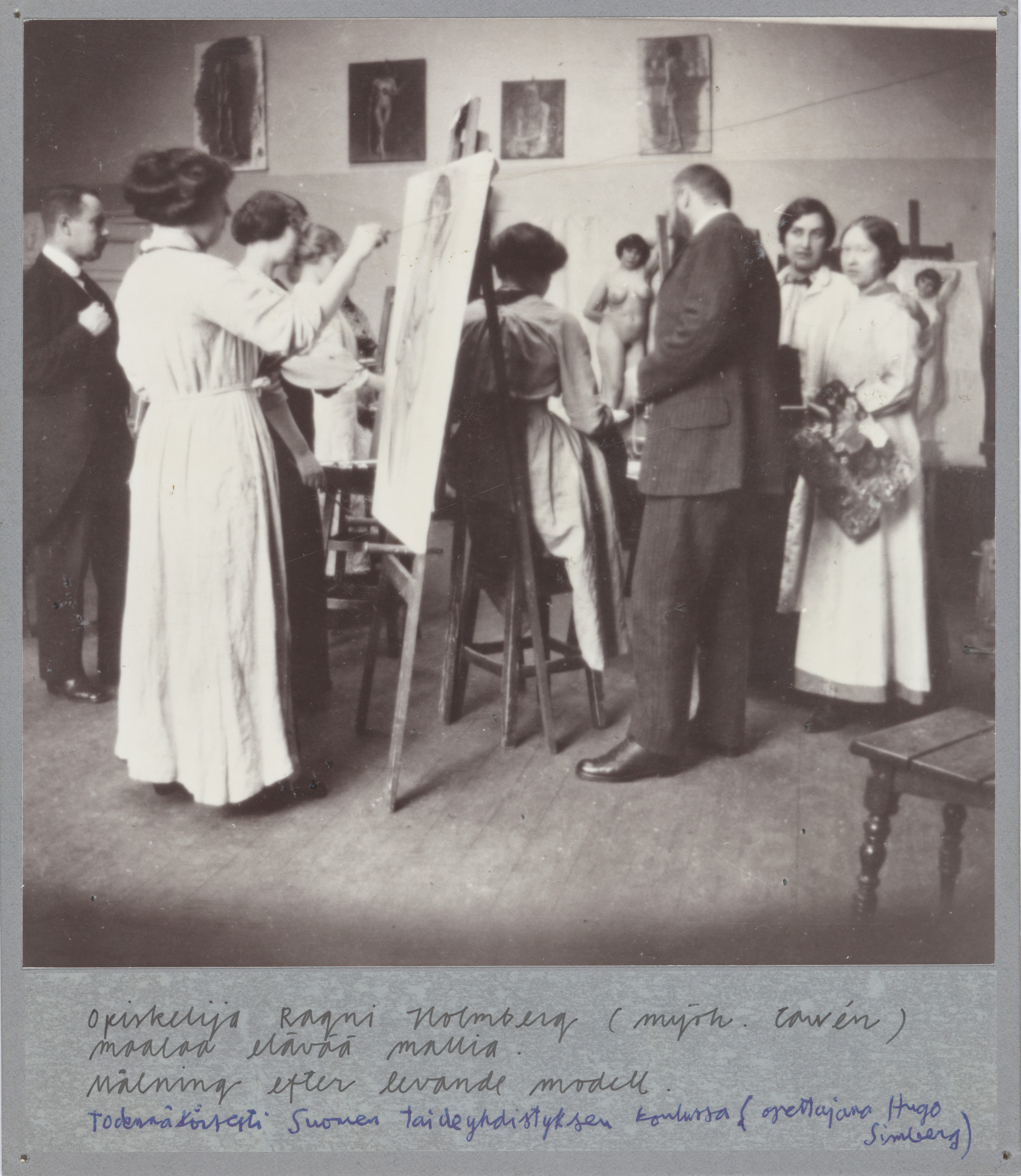 The November Group brought together artists who represented a diversity of styles, but who were all interested in the aesthetics of expressionism. The group was established in 1917 by Tyko Sallinen, who was then joined by Ilmari Aalto, Alvar Cawén, Marcus Collin, Eero Nelimarkka and Mikko Carlstedt, among others, whose works can be found in the Kirpilä Collection. The group experimented with the aesthetic principles of German expressionism, in particular, of which they had seen examples in exhibitions in Finland and abroad in the 1910s. The November Group took part in an exposition of Finnish art in Copenhagen in 1919, which was the first international showcase for Finland as an independent nation.

The Septem Group was established in 1912 and involved, among others, Magnus Enckell, Verner Thomé, A.W. Finch, Yrjö Ollila and Mikko Oinonen, whose works can be found in the Kirpilä Collection. The group drew influences from France, in particular, and its members were committed to bringing the elements of European modernism and colourism into Finnish art. Septem’s works were characterised by soft tones and a decorative approach.

Magic realism (1915–1925) refers to a style of painting where the artist has used an intuitive approach to depicting reality, giving the resulting work a dreamlike, distorted and holy effect. The colour palette is natural. Any human figures in the paintings usually seem static and lonely, placed in otherwise deserted surroundings.

The Italian Primitives, early Renaissance artists, were widely appreciated as sources of inspiration for modernists. Their works were admired particularly for their intuitive spatial solutions, their simple composition, their bright colours and their deep and mystical forms of expression. In 1920s’ modern classicism, the Primitives were seen as a good example of how modernist aesthetics could be coupled with classicism in the return to figurative painting. They tended to filter reality through a mystical lens.

At the 1908 Salon d’Automne, Finnish art was shown in a large separate exhibition curated by Magnus Enckell. After the death of Albert Edelfelt in 1905, Enckell had inherited his role as the main ambassador for Finnish art internationally. He had good connections to the art impresario Serge Diaghilev, who facilitated the exhibition. The show comprised 200 works of art (paintings, prints and handcrafts) from 23 artists.

Olavi Paavolainen in his book Nykyaikaa etsimässä (“In Search of Modern Time”, 1929) considered urbanisation, industrialisation and the latest international artistic movements as part of the process of modernisation. The book was based on his experiences and observations from a trip to Paris in 1927. Paavolainen described the internal division and polarisation of 1920s’ Finnish society in terms of national vs. international, rural vs. urban, traditional vs. modernist.

“Tulenkantajat” (“The Flame Bearers”) was a literary grouping of the 1920s, which openly embraced modernism and European culture. The group’s slogan was specifically “Windows Open to Europe!”. They published their own cultural magazine, Tulenkantajat (1924–1930 and 1932–1939).

The Finnish Art Society was established in 1846. It ran a drawing school that opened in 1848. The society’s objective was to promote art education and hold art exhibitions. When the Ateneum was built in 1887, the society used it for its teaching and museum operations. Initially they did not possess an extensive collection of foreign or historical art, and asked artists to make copies of masterpieces from Europe’s largest museums, to make them accessible to the Finnish public.

The Lake Tuusula artists’ community was found along the shores of a large lake north of Helsinki. The lakeshore road attracted many artists of the Finnish Golden Age because of its quintessential Finnish views, which were an important source of inspiration for their works. Compared to the capital, it was a peaceful place to work while still being close to the metropolis and its intellectual milieu. The writer Juhani Aho and his wife, artist Venny Soldan-Brofeldt, were the first to move to Tuusula, where they were later joined by Pekka Halonen, Eero Järnefelt and Jean Sibelius.

Juho and Marja Lallukka made a bequest by which after their passing, all their assets should be sold and the income be turned into a fund, whose objective was to set up and run the Lallukka Artists’ Home. Land was acquired for the purpose in Helsinki and construction began in 1932. The home was intended for visual artists, composers and dramatic artists, the first of whom took up residence in 1933. The facilities were designed such that artists could both live and work there. Nowadays its apartments are home to 56 artists.

While the artists who were inspired by classical aesthetics tended to have a constructive approach, the compositions and depictions of modern classicism were intuitive and non-academic. The atmosphere in paintings tends to be sombre and the landscapes are deserted. Any human presence is fragile, and the figures do not seem confident or heroic. The colour palette faded to become softer, more subdued and natural.

The democratization of art education was achieved in Finland in the 1910s by loosening admission criteria into art schools, permitting artists from more diverse backgrounds to access professional studies. Bohemian artists played a major role in breaking conventions and adopting modernist experimentation and foreign practices.

Finland’s independence, achieved in 1917, had a huge effect on the nation’s art. It led to the weakening of former close cultural ties with Russia, while other areas – notably Germany and France – became more influential. At the turn of the twentieth century, the impact of Golden Age artists on determining the new nation’s cultural identity was widely accepted. By the 1920s, however, debates on the role of artists in forming Finland’s independent identity heated up. Some yearned for more conservative and nationalistic output, while others embraced modernity and cosmopolitanism.

Another impactful element was the national economy, which took a turn in the 1920s. The Great Depression and Prohibition gradually ate away at artists by reducing public financial support for their work.